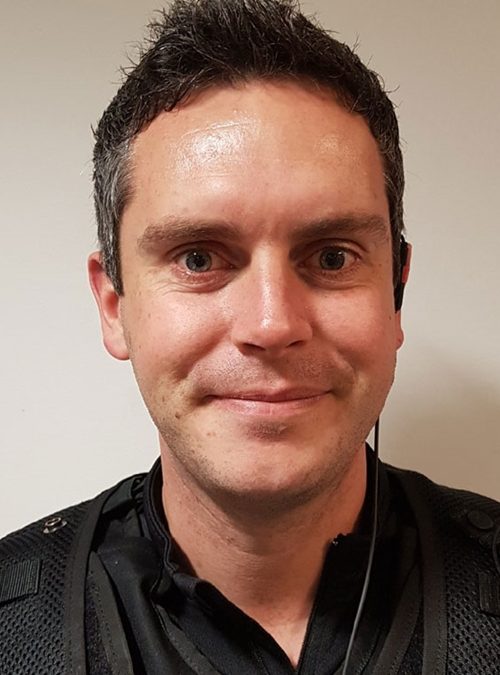 As an organisation one of our key objectives is to engage with as many under 18’s as possible and offer opportunities to benefit mentally and physically from sport, social and educational activities.

We were delighted to receive a letter from our local Beat Manager PC Rick Woodland:

“From the very first meeting it was clear what the Sport Centre stood for, it was a place for the community to enjoy and profit comes secondarily. This approach was very much needed in an area like Lockleaze due to the high level of child poverty. The families within Lockleaze do not have much disposable income so to be given an opportunity for their children to enjoy sport at a brand new, state of the art facility is an asset that Lockleaze has been crying out for.

Lockleaze has had a problem with low-level anti-social behaviour problems over the years primarily from children that are bored due to the lack of money to be able to fund entertainment. The area where the Sports Centre has been developed on used to be a prime area for stolen vehicles to be rode and then burnt out, drug use and this area has also been targeted by the travelling community to set up which caused a number of ASB reports.

The best part in my opinion of this game was the inclusion of children that have been caught by the Police ‘football spotters’ in a criminal aspect at the Bristol Rover football games. An example of this was that two 16 year old children set off a flare at one of the games and so instead of putting them through the criminal justice system we resolved this incident through a community resolution whereby the children had to play in the game alongside the Police. This gave the Police the opportunity to engage with the youths in a capacity outside of work doing something they love (football), and for the youths a chance to see that Police aren’t all one directional with punishment and can actually be fun.

Due to the success of the first game we decided to expand on the idea and now we have introduced the Lockleaze Schools Cup where two of the local primary schools play against each other before the Police vs BRCT staff game. This year, included in the Police team was the Head Teachers/Teachers at the schools which the children loved and the Bristol Rovers team included some of the players from the newly formed Bristol Rovers female (Gas Girls) squad. The game was attended by more attendee’s than the previous year (150+) and this included the Chief Constable of Avon and Somerset Police who quoted in a personal letter to me “It is a great venue and it was clear that you and Charlotte (PCSO) have surpassed to get the best from it for the whole community”.

There is a whole number of other times of positive engagement between the Police and the Centre but I would like to give an example of one where I believe is fundamental to what the Police and Sports Centre are trying to achieve. The Centre was targeted by a group of young children from the travelling community who live in a nearby house. This behaviour included running on the pitches when teams are playing, being abusive using racial and homophobic terms to participants and abusive to staff.

We decided how to best deal with the group of youth and LSC stated that instead of punishing the youth’s, let’s find a way of being able to engage with them and get them to look after the Centre instead of causing ASB issues, this is where the idea of setting up a pop up gym/boxing ring stemmed from.

I visited the family that was causing the issues and spoke to them and their parents, they were taken back that someone was trying to engage and include them rather than just punish them. The children have jumped on board of the idea and have even offered to collected sponsorship to help fund the idea.  Since this idea has been put in place over £6000 has been raised to put the idea into action. Since this idea has come about there has been no further reports of issues with the children, not only in the Sports Centre but also in the local area. It has given a great opportunity for the Police to engage with a group that wouldn’t normally speak to the Police and moving forward will give us the opportunity to deliver education packages to traveller children such as knife crime etc. The long term hope is that we can form an educational way to study alongside boxing, similar to what Bristol Rovers Community Trust do with their ‘lets get a kick out of education’ courses.

The Sports Centre has brought a number of agencies together, none more influential than Bristol Rovers Community Trust. Through the trust they have provided somewhere for the youths to go after school with free football sessions at the Centre, education for young children that are likely to turn to crime, engage with participants with mental health issues, disabilities through sport and promoting a healthy lifestyle through sporting activity. The Trust have engaged with the local schools, the food bank and many more.

In conclusion, the Centre has had a huge benefit to the local community. It has provided children with an opportunity to turn away from a criminal lifestyle and given an opportunity to gain quLSCfications alongside sport. It has provided children with somewhere to go which in turn has reduced ASB issues in the local community. It has given local clubs such as Shaftesbury Crusaders FC the opportunity to play on the best pitches in the area and attracted new local players. There are a whole host of other benefits but hopefully I have covered the majority of the most beneficial ones here.

I would like to express my thanks as the local Beat Manager for the continued good work the Centre has provided and continue to look forward to working with the centre in the future.”

We are extremely grateful for the support of our local Police and look forward to working together to make a positive contribution to the area long into the future.