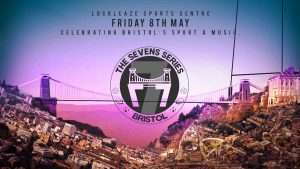 On Bank Holiday Friday we bring you the inaugural Bristol Sevens Series!

The Sevens Series is a series of sporting events where we aim to bring people together to celebrate Bristol’s Sport & Music through a series of ‘sevens’ tournaments, whether you are competing as a pro, for fun or just a supporter.

The first instalment of our series will be Rugby. We have five leagues available:

Each team will require 12 members.

Spectator tickets go on sale on the 28th February.

We are super excited to bring this to you all. Please get in touch with the page with any queries, more details to follow!